Interview with Jennifer Giroux, senior researcher for the Risk and Resilience Team at the Center for Security Studies (CSS), ETH Zurich. 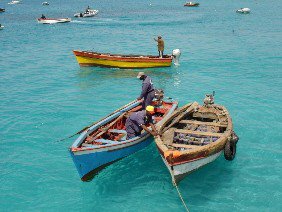 In five years, do you see Nigeria dealing with its internal security challenges, such as the insurgencies of Boko Haram and the MEND? If so, how would this affect its foreign policy?

Nigeria’s security challenges, characterized in the last decade by subnational conflicts, have certain distinctions but are driven by common historical and developmental factors. These include issues related to poor governance, poverty and economic inequality, and political and economic marginalization across all regions. Without significant reforms and efforts to genuinely address these factors, Nigeria’s internal challenges will persist and in fact become more complex and potentially destabilizing in the years to come. This will not only impact its ability to manage its own house but also its ability to intervene in other regional matters that require its resources and capacity.

Domestically, insurgencies, such as those experienced in the south between 2005/6 and 2009 and more recently in the north, will continue to be a source of instability – not only because they create environments of criminality and political violence but also because they often result in the deployment of government security forces, which are known for using indiscriminate violence and operating with impunity. In fact, the true test of Nigeria’s security trajectory is unfolding at this very moment. The political environment is becoming increasingly tense and conflicted as the next presidential election (scheduled for late 2014) draws closer. In light of persistent violence in the northern regions, an over-stretched military, and growing oil theft in the south (which costs the government an estimated $6 billion annually in revenue), elites have increasingly questioned President Jonathan’s ability to govern the country. Nigeria’s ruling party, the People’s Democratic Party (PDP), has also recently split into two factions, with the new party having a distinct northern leadership presence. Naturally, this has raised concerns that Nigeria is moving closer to a fracture on north-south lines. Nevertheless, such concerns should be moderated by the fact that the Nigerian people have shown tremendous resilience in the last decade, despite increased – and largely political – efforts to sow divisions.

Beyond its borders, Nigeria is a regional powerhouse and a key player in peacekeeping missions for the Economic Community of West African States (ECOWAS), the African Union (AU) and the United Nations (UN). This is despite the fact that its security forces, which are underpaid and poorly trained, are currently consumed with internal security challenges that are beginning to impact its ability to intervene in regional security matters. Though Abuja has insisted that it has sufficient military capacity to deal with the internal security situation while remaining a regional military power, the reality is that it recently began withdrawing troops from Mali and Darfur – a decision that is likely connected to the domestic situation and the ongoing fight against Boko Haram.

In addition, one cannot ignore the role of the Nigerian Navy and regional maritime security in the Gulf of Guinea – an area critical to local and international shipping, particularly for major oil-producing countries. In the first half of 2013, the IMB Piracy Reporting Centre recorded three times more incidents in the Gulf of Guinea (GoG) than off the Somali coast (although these figures come at a time when incidents off the Somali coast have been on the decline due to various measures undertaken to contain the threat). More recently, offshore threats in the GoG have been characterized by organized crime that includes hijacking and full-scale pilfering of oil tankers. In fact, the spike in tanker attacks has prompted Lloyd’s Market Association to add the waters of Benin, Togo and Nigeria to their high-risk area where additional war risk premiums are charged. To counter this threat, regional maritime security cooperation is underway. But as long as oil prices continue to exceed $100 per barrel, the oil black market will continue to drive maritime crime in this region and contribute to insecurity that will impact Nigeria’s internal security and presence in the region.

What will be the regional impact of the crisis and intervention in Mali?

Regional insecurity in West Africa is itself a product of structural problems within the sub-region. A growing illicit market, the presence of extremist groups like Al-Qaeda in the Islamic Maghreb (AQIM) and the Movement for Oneness and Jihad in West Africa (MUJAO), underdevelopment and poverty, socio-political tensions and conflicts between communities all contribute to regional vulnerability and insecurity. The crisis in Mali is simply illustrative of such sweeping challenges that will continue to consume the region – demanding external resources and quick responses to conflicts that not only flair up quickly but also spread.

The recent events in Mali also offer a glimpse into the prominence of transnational threats in West Africa’s future. As occurred in the run-up to Mali’s political crisis, the confluence of illicit trade, violent criminality and terrorism in the region will undermine already weak political regimes. Not only have state agents and political and business elites been a key part of the drug trade but funds garnered from the illicit or grey economy have provided significant financial support for extremist and criminal groups. The regional kidnapping industry alone – led by AQIM and MUJAO – has resulted in an estimated $40-$65 million in ransoms between 2008-12. Ransom payments of such scale have made extremist and terrorist groups a major force in the region and attractive allies for local, corruptible elites. For example, prior to the 2012 Malian coup d’état, close allies of President Touré mediated ransom negotiations, which meant they likely took ‘a cut’ of payments. Similar cases of political-criminal collusion have come out of Niger and Burkina Faso as well.

In 15 years, Nigeria’s population is expected to be more than 250 million. In your view, will this transform Nigeria into a global economic powerhouse – or undermine its (and the region’s) stability and security?

In a country of this size both scenarios are possible and the reality is that it will be a mixed picture. Looking at recent economic data, annual GDP growth has averaged 8% over the last decade and yet poverty rates have remained stationary (64% in 2004; 63% in 2010). The lack of poverty reduction, despite sustained growth, has meant rising inequality, particularly for some regions over others. In the north, household welfare indicators have stagnated, thus deepening feelings of marginalization, a key driver of conflict. In some of Nigeria’s ‘reformist’ states, however, poverty has been reduced and the inequality gap has decreased. A key example of this is Lagos state, which has a vibrant economy and has shown the political will to improve infrastructure and halve the poverty rate in the last decade. Ultimately, however, the consolidation of any growth is likely to be disrupted by short and mid-term risks, including security challenges from subnational and regional conflicts, unemployment, particularly for youth, and potential risks from shifting environmental conditions (i.e. flooding, drought, desertification, etc.).

What role do you think West Africa will play in the global economy in the future? Will it remain primarily a source of energy and other natural resources for the developed world? Or will it pursue another model of development?

In the future, West Africa will play a prominent role for both the licit as well as illicit and informal economy. On the one hand, this region is a growing hub of illicit activity – particularly drug smuggling and oil theft. This economy runs in a shadow, parallel underworld that often overlaps with the licit sector. In addition, up to 70% of economic activity on the continent is informal, a figure that is not typically included in official export statistics but a key part of the regional and subregional economy.

On the other hand, in the licit sector, natural resources – such as oil, gas, and minerals – will be important factors for growth, while industries such as banking, telecommunications, construction and retail are playing an increasingly significant role. Such economic expansion and diversification has made the African continent, as a whole, one of the fastest growing regions in the world. By 2050 roughly 1 in 4 people will live on the African continent, and many of them in cities, which will fuel economic growth in the manufacturing and service sectors. In addition, the combination of population growth, industrial webs and networked knowledge puts many African countries in a particularly favorable economic position, and this in turn will impact how states will view the African countries in the years to come – i.e., as a source of both resources and real economic capacity rather than simply through the prism of aid and humanitarian crises.

One Illustration of this shift in perception is the Obama Administration’s recently launched “Power Africa” initiative, which signals a pivot away from a strictly humanitarian aid relationship with African countries to one that aims to expand energy infrastructure and trade in the region. Of course, the global race for commodities means that much of the growth will be driven by the extractive sector, but another model of development is also underway that will focus more on domestic and regional growth, characterized by African innovation and entrepreneurship. West African countries continue to improve access to primary education and the boom in telecommunications and other industries has provided new avenues for people to overcome the limitations of the state.

What role do you think technologies like crisis mapping might play in improving security in the region in the future?

In 2007, Ushahidi (an open source software company) launched a crisis map in the aftermath of Kenya’s 2007 presidential election when violence erupted in parts of Nairobi. This effort collected eyewitness reports of violence – provided via mobile phones or the Internet – and placed them on a Google map for the public to see. Since then, the crowdsourcing of information using information and communications technology has been used to monitor elections in Nigeria, Liberia, and South Sudan and enhance awareness of crisis situations in Libya and other contexts. Across the African continent access to affordable mobile technology has started to transform the way that people carry out business activities, monitor and discuss political and economic issues, communicate with their network and behave during crisis. This is a persistent and profound trend. In the future, not only will technological innovation emerge out of Nigeria and Kenya, for example, but tools and phenomena like crisis mapping will play an increasingly important role for individuals seeking a platform to provide eyewitness accounts of political corruption as well as security and human rights abuses.

Additionally, conflict data can now be easily and dynamically layered with other data, such as road infrastructure and geography, climate vulnerability information, socio-economic data, and mobile phone usage, to name a few examples. Crisis mapping will thus be an important tool visualizing large amounts of data as well as examining and comparing changing conflict dynamics over space and time. Efforts are already underway to examine post-conflict and post-election environments with the aim to identify patterns of behavior and hidden vulnerabilities that will then help organizations and agencies mitigate future risks.

West Africa: Bright Future? is republished with permission of Stratfor.

View all posts by editor

Project of the Week